Don’t make the mistake of simply concluding that the disclosing corporation can maintain the attorney-client privilege. The disclosing corporation should not be allowed to use the in-house employee as an expert witness sword while at the same time protecting (shield) that in-house employee from full and complete disclosure of all materials “considered” by them in forming the opinions. Initially, a privilege log should be insisted upon pursuant to Rule 26(b)(6) of the Alabama Rules of Civil Procedure.

Discovery of facts known and opinions held by experts, otherwise discoverable under the provisions of subdivision (b)(1) of this rule and acquired or developed in anticipation of litigation or for trial, may be obtained only as follows:

In almost all civil litigation matters, trial courts routinely permit additional discovery in the form of depositions and requests for production. When a party discloses a specially-retained, non-employee, expert, the opposing party will get that expert’s “entire file materials,” including any written communication between the attorney and the expert. However, the opposing party’s right to conduct wide open expert discovery comes in conflict with the attorney-client privilege when a party discloses an in-house employee.

What happens when the opposing party seeks to discover all written communications between the disclosed Rule 26 in-house employee expert and the  corporation’s attorney? Obviously, you can expect the attorney for the corporation to object based upon the attorney-client privilege. It is unlikely that the corporation would ever turn over these materials voluntarily so you will likely have to file a motion to compel with the Alabama trial court. 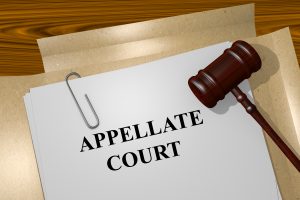 Alabama appellate courts apparently have not had occasion to rule upon this particular issue. Until the appellate courts rule, attorneys and Alabama trial courts will likely look to federal cases construing federal rules of civil procedure to be persuasive in these disputes. See, e.g. Ex parte Covington Pike Dodge, Inc. 904 So. 2d 226 (Ala. 2004)

Both federal and other state courts generally have concluded that information developed by or communicated to an expert that relates to the subject matter of his or her testimony is discoverable, irrespective of the fact that the expert also will testify as a fact witness with respect to the that information. See e.g. United States v. Sierra Pac. Indus., No. CIV S-09-2445 KJM EFB, 2011 WL 2119078 (E.D. Cal. May 26, 2011) PacifiCorp v. N.W. Pipeline GP, 879 F. Supp. 2d 1171, 1176 (d. Or. 20212). This rule is in accord with the fundamental principle that discovery must be applied in such a way as to “eliminate, as far as possible, concealment and surprise in the trial of lawsuits.” Ex parte Tuscaloosa City., 825 So. 2d 729, 732 (Ala. 2001). Courts recognize the “obvious opportunity for mischief” created by “hybrid,” “dual hat,” or “employee witnesses.” Sierra, supra, at **4-6.

The well-reasoned opinion of the Connecticut Superior Court in Noble v. City of Norwalk, No. CV094016996S, 2012 WL 3870634k at *3 (Conn. Super. Ct. 2012) is quite instructive. Noble addressed the circumstance of an employee of the City of Norwalk who apparently had been employed since well before the events giving rise to the litigation. Noble v. City of Norwalk, supra at *1. The employee, O’Brien, was eventually named as a testifying expert after the commencement of litigation, but he had been contacted by the City of Norwalk’s counsel before he was disclosed as an expert. Id. Plaintiff sought production of “[a]ny and all communications and correspondence between the depondent [O’Brien] and the Defendant and/or the Defendant’s Counsel concerning this action. Id. Norwalk’s counsel objected to this request on the grounds of attorney-client privilege and argued that many of the documents requested were reviewed by O’Brien before he was disclosed as an expert. Id. The contested materials consisted of 17 emails between Norwalk’s counsel and O’Brien. Id. The court ordered the production of all 17 emails on the strength of the following analysis:

[T]his court accepts and applies the majority view expressed by the authorities cited above and holds that the City of Norwalk’s disclosure of its employee William O’Brien as a testifying expert on the subject of the proper methodology of valuation for condominium units, including common elements, worked as a waiver of the City’s attorney-client privilege with respect to the seventeen attorney-client communications claimed to be privileged, which have been identified by the City as being otherwise responsive to the plaintiff’s subpoena demand for communications between Mr. O’Brien and the City or its attorney concerning this action. The City has argued that most of the seventeen contested documents were made prior to the defendant’s disclosure of William O’Brien as an expert witness, and that all of the documents which helped Mr. O’Brien form his opinion have been waived. These claims are of no avail.

[t]he fact that the counsel for the City states that all of the documents which helped Mr. O’Brien form his opinion have been produced, (implying that the seventeen contested documents were not helpful to Mr. O’Brien in forming his opinion) does not excuse noncompliance with the subpoena duces tecum. Practice Book § 13-4(b)(3) mandates the disclosure of documents which have been “obtained, created, and/or relied upon by the expert in connection with his or her opinions in the case.” The fact that the documents are disclosed at all on the Privilege Log establishes their “connection” with Mr. O’Brien’s opinions in the case. The rule does not require reliance. The three criteria, obtaining, creating, or relying upon, are expressed in the alternative “and/or.” Any one of the three is sufficient to require disclosure. The self-serving statement of counsel or even the statement of the expert himself that he did not rely on a particular document in forming his opinion are insufficient to justify withholding the document.

As other courts which have dealt with this issue have noted, the party disclosing the expert may not simply rely on a self-serving declaration of the expert himself that in formulating that opinion he neither considered nor relied upon certain information which he reviewed or which is relevant to the subject matter of his opinion… The only way in which the plaintiff can effectively cross examine [the expert] concerning his opinion is to see a full copy of the [non-redacted] report. United States v. American Electric Power Corp. [2006 WL 3827509 (S.D. Ohio 20060 at] *3. 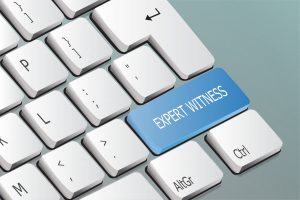 In United States v. Sierra Pac. Indus., No. CIV S-09-2445 KJM EF. 2011 WL 2119078 (E.D. Cal. May 26, 2011), the court recognized the importance of allowing “the trier of fact” to determine whether an employee of a defendant “testifying [as an] expert was actually merely parroting the opinions of the party’s lawyer.” 2011 WL 2119078, at *8. Accordingly, the court ordered production of all documents “considered” by the employee experts, explaining that “discovery should be permitted into such witnesses’ communications with attorneys in order to prevent, or at any rate expose, attorney-caused bias.” Id at 10. The court concluded that:

[t]he United States must produce all documents and communications that [the employees] considered—that is, generated, saw, read, reviewed, and/or reflected upon—in connection with their analysis of the Moonlight Fire, regardless of whether the documents ultimately affected their analysis. See Defs.’ Mot. at 18—19 (citing Western Resources Inc. v. Union Pacific Railroad 2002 WL 181494, *9 (D. Kan. January 31, 2002) (an expert considers materials if he “read or reviewed the privileged material before or in connection with formulating his or her opinion“); Synthes Spine Co., L.P. v. Walden, 232 F.R.D. 460. 464 (E.D. Pa. 2005) (party must produce documents that expert “generated, reviewed, reflected upon, read, and/or used in formulating his conclusions, even if these materials were ultimately rejected by [the] expert in reaching his opinions”)).

Whether in the context of an employee expert or a previously non-disclosed consultant, courts in Alabama and elsewhere universally allow opposing parties to discover the “substance of the facts and opinions upon which [experts] are expected to testify.” See e.g., Ex parte TuscaloosaCounty., 825 So. 2d 729, 733 (Ala. 2001); Johnson v. Gmeinder, 191 F.R.D> 638, 646 (D. Kan. 2000); Aetna Cas. & Sur. Co. v. Blackmon, 810 S.W. 2d 438, 440 (Tex. App.—Corpus Christi 1991) holding that any information relied upon even for basic formation of an opinion lost its privilege. “Any type of work product or other privileged information lose[s its] privileged status when disclosed to, and considered by, a testifying expert.” Johnson v. Gmeinder, 191 F.R.D. at 645-47. Obtaining the materials or documents considered by a testifying expert is crucial if an adverse party is to be able to test the expert’s opinion generally and, specifically, to “determine the extent to which the opinion of the expert may have been influenced by counsel… [W]ithout access to [these] materials… the opposing party will be denied the opportunity to a full and fair cross-examiniation.” Western Resources, Inc. v. Union Pacific Railroad Company, supra at *9. 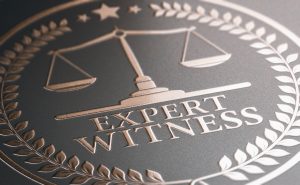 In Western Resources, Inc. v. Union Pacific Railroad, 2002 WL 181494 (D. Kansas 2002) the plaintiff Western Resources employed an expert as a consultant and non-testifying expert from 1990 to 1999 in anticipation of litigation. After nine years of serving in this capacity, however, the expert was designated by Western Resources as a testifying witness. In response to extensive discovery requests, the plaintiff claimed privilege for documents relating to the expert’s work during the time he served merely as a consulting expert, before he was disclosed as a testifying expert. The court concluded that materials authored, received, read, or reviewed by the expert, dating back to the inception of his work as a consultant and/or non-testifying expert must be disclosed as considered by the expert under F.R.C.P. Rule 26(a)(2)(B). Id at **8-11. Monsanto Co. v. Aventis Cropscience, N.V., 214 F.R.D. 545-48 (E.D. Mo. 2002). See also Euclid Chemical Company v. Vector Corrosion Technologies, Inc. 2007 WL 1560277 at 4 (N.D. Ohio, Eastern Div. 2007)(explaining that in cases where, “[b]ut for the person’s designation as a testifying expert, privileges might apply,” [t]he courts have made it clear… that a testifying expert cannot fall back upon his status as an employee or consultant to defeat appropriate Rule 26(a)(2)discovery).

When any attorney is analyzing these issues, you should be cognizant of the argument to oppose disclosure in circumstances where the in-house employee is also a defendant in the case. See Illinois League of Advocs. for Developmentally Disabled v. Illinois Dep’t of Hum. Servs., No. 13 C 1300, 2013 WL 12447206, at *2 (N.D. Ill. Sept. 25, 2013) (finding Sierra persuasive, but noting that the expert at issue also “is a named defendant to this action, not just a third-party expert witness” and that, “[a]s such. his attorney communications involve both his legal defense and his expert opinion.”) Such a situation would implicate the countervailing due process right of a civil litigant to retained counsel. See, e.g., Tex Catastrophe Prop. Ins. Ass’n v. Morales, 975 F. 2d 1178, 1181 (5th Cir. 1992)(observing that under the due process clause “there is a constitutional right to retained counsel in civil cases”); Silva v. Swift, No. 4:19-CV-286-RH/MJF, 2020 WL 5523399, at *6 (N.D. Fla. June 1, 2020) (citing Morales with approval).

This area of expert discovery is not settled law throughout the United States. It is only a matter of time before the Alabama appellate courts have an opportunity to address this issue. In the meantime, attorneys on the receiving end of an expert disclosure regarding an in-house employee should press forward and seek discovery of all materials “considered” by the employee expert, including all written communications between them and the attorney for the corporation.