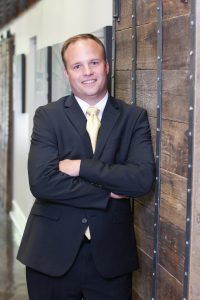 In April 2017, Zendrive, a company which provides smartphone-powered road safety analytics, published a study of the interplay between phone use and distracted driving. The project examined three million drivers over a three-month period and found that 88% of drivers used their phones in some capacity while operating their vehicle.4 Additionally, the study showed drivers used their phones for about 3.5 minutes for every hour of driving. They determined that this conduct increased a driver’s risk of causing a collision by 20 times for every two seconds a driver does not have their eyes on the road.5 According to the National Highway Traffic Safety Administration’s Summary of Statistical Findings for 2015, some 391,000 people were injured in crashes involving distracted drivers, with 3,477 of those people sustaining fatal injuries.6

The mountain of statistical data tying cell phone use to the cause of highway collisions has thrust cellular forensic data to the forefront of electronic discovery. Litigators are routinely retaining cellular forensic experts to perform data extractions of smartphones. These forensic examinations uncover, among other things, all of a person’s cellular data usage, phone calls, text messages, GPS coordinates, application logs, etc. for any given time dating back to when the device was purchased. The examination is potentially vital to determine exactly what a motorist was doing at or around the time of the collision at issue. The data could show the precise times and locations a motorist was on the phone, texting, browsing the Internet, or using an application.

In Alabama, there is an extremely low bar for what constitutes relevant and discoverable evidence. Specifically, the Alabama Rules of Civil Procedures states parties are permitted to obtain discovery regarding any matter, not privileged, that is relevant to the subject matter involved in the pending case.7 As mentioned above, potential evidence shedding light on whether a driver was distract 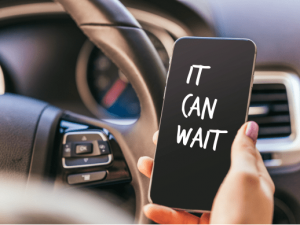 ed is relevant to the question of who caused a crash. The question facing the Courts, however, is whether the need for this evidence outweighs the potential risk of invading the other party’s right to privacy. Litigants opposing the discoverability of cellular forensic data examinations argue that because forensic cellular extractions require a complete dump of all the data from a person’s smartphone, they are an inherent invasion of privacy. Simply put, extracting years of personal information, the vast majority of which has no bearing on the case, is a massive intrusion into all facets of a person’s life and an unreasonable invasion of privacy.

In weighing one party’s right to obtain relevant evidence with the other party’s right to privacy, courts are careful to ensure certain measures are taken to safeguard privacy interest prior to ordering a forensic cell phone examination. While there is no uniform rule governing the procedure for these extractions, certain practices exist for parties seeking and responding to this type of discovery request. This includes the parties creating protocols for the scope of the information extracted, entering into protective orders and confidentiality agreements, and agreeing to a third-party neutral expert to perform the forensic examination.

While discovery efforts related to smartphones can be complicated and are continuing to evolve, it is becoming commonplace in disputed liability car crash litigation. Litigants seeking and responding to these discovery efforts need to be mindful to both a party’s right to obtain relevant information and the risks associated with violating a party’s right to privacy and confidentiality. Prior to requesting a forensic examination of a smartphone, a party should take steps to narrow the scope of the request to relevant times and specific information. Prior to turning over these devices for the purpose of inspection, parties responding to this type of request need to make sure there are appropriate inspection protocols in place, including protective orders and confidentiality non-waiver agreements. Ultimately, the goal is to limit the discovery effort to relevant, non-privileged information while protecting the other party’s reasonable right to privacy.

If you or someone you love has been injured or killed at the hands of a distracted driver, call the Alabama personal injury attorneys at Hollis, Wright & Clay, P.C. at 844.LAW.TALK or 205.324.3600. You can reach us online here. We can help you recover damages for lost wages, medical bills, emotional distress, and more.