The weather is more pleasant, and lately, any chance to get outside and enjoy some fresh air has been a big relief to Alabamians. Whether you are going out to hunt, fish, camp, hike, bike, swim, or climb, it is good to be in the great outdoors. As a part of an effort to encourage Alabamians to go out and enjoy nature, Alabama Legislators passed Ala. Code §§35-15-1 and 35-15-20, also known as the Recreational Use Statutes, in 1981.

The purpose of these statutes is to protect landowners, both private individuals and public entities, from liability if someone gets injured on their land while it is being used for noncommercial, recreational use. By doing this, landowners are more likely to open their properties for recreational use, municipalities are more likely to invest in their parks, and the public has easier access to healthy and enriching activities.

However, legally these statutes raise a few questions: who is protected? And what constitutes “noncommercial recreational use?” The statutes apply to all people regardless of age, experience, or maturity. The duty owed to minors and adults is the same under this statute. Grice v. City of Dothan, 670 F. Supp. 322 (M.D. Ala. 1987). Non-commercial recreational use has been interpreted by the courts to be determined by the landowner’s intent. Owens v. Grant, 569 So.2d 707, 711-12 (Ala. 1990) The landowners may charge an admission fee for the maintenance of the property, and they may even operate at a profit, but, unless that was their primary intention, it is noncommercial use.

Just because landowners are generally protected by these statutes if either property is being used for noncommercial, recreational use, it does not mean that they are completely immune from liability for injuries sustained on their premises. The statutes allow for certain avenues of recovery. Section 35-5-3 gives three exceptions in which the liability of the owner is not limited: (1) where there was willful or malicious failure to warn or guard against a dangerous condition; (2) where permission to use the area for recreational purposes was granted for commercial enterprise for profit; and (3) where the person given permission to use the property for recreational purposes was someone for whom the owner had a duty to keep the premises safe and to warn of dangerous conditions. Further, Section 35-15-24 provides an additional scenario in which the restrictions of 35-15-1 could be overcome, stating that “[n]othing in this article limits in any way legal liability which otherwise might exist when such owner has actual knowledge: 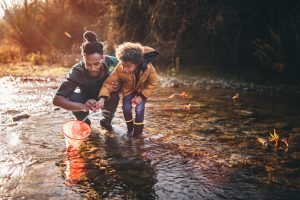 In Dauphin Island, a piece of land in the island town was being rented from a member of the community at a rate of $1 per year. The land was being maintained as a public park by the municipality and was completely free to the public. A member of the community donated a swing in honor of his deceased grandson, and the swing was hung from a large tree in the center of the park. A minor, while enjoying the swing, was injured after the tree branch supporting the swing broke, fell, and crushed her leg. The Supreme Court of Alabama held that, the plaintiff failed to offer sufficient evidence that the Town of Dauphin Island had actual knowledge that the swing posed an unreasonable risk of death or serious bodily harm. As this was the only avenue for the plaintiff to travel under to hold the Town liable despite the recreational use statutes, the summary judgement was granted in favor of the Town of Dauphin Island.

Alternatively, The Alabama Supreme Court held that a municipality was not protected from liability in Millbrook. Here, a woman fell and broke her hip leaving the town’s civic center. Millbrook  claimed immunity under the recreational use statutes, asserting that the  civic center was noncommercial property for recreational purposes. However, the Court held that, because the civic center was not serving as an extension of a public park or waterway, or some other such property, it was not a protected property. The Court’s reasoning was rooted in legislative interpretation, revealing a new ruling on the recreational use statutes: “a building” is “outdoor recreational land” under § 35-15-21(2) only if it is adjunct to land or water and it facilitates the recreational use of that land or water.” Ex parte City of Millbrook, 304 So. 3d at 206.

It is  clear that this is a complicated and evolving area of Alabama case law and statutory interpretation. If you or a loved one has suffered personal injury through no fault of your own in a park or on some other recreational-type property, contact the lawyers at Hollis, Wright & Clay to see if you have a claim. You can contact us at 205.324.3600, 844.LAW.TALK or online here.