Traditionally, Alabama has applied the closed-container doctrine to retail shops in circumstances where a retailer merely serves as a conduit to get the product to the consumer. Allen v. Delchamps, 624 So. 2d 1065, 1067 (Ala. 1993). When the  closed-container doctrine applies, a retailer generally cannot be held liable in a product liability action. Exceptions do exist, however, in circumstances where the retailer does more than put a product on the shelf to be sold. The most prevalent exception is when the retailer, through an employee or agent, engages in independent acts of negligence. Independent acts might include failing to include instructions, failing to assemble the product properly, failing to include warnings or the removal of warnings, making representations about the quality, use and performance of the product, and/or failing to remove a product from the shelf when the retailer knows of the defect.

There are many questions that have been asked over the years since the promulgation of the AEMLD, as codified at Ala. Code § 6-5-501. One question raised was whether the AEMLD subsumed all common law product liability claims. Initially, courts answered the question in the affirmative and held that the AEMLD was the only vehicle for pursuing a product liability claim in Alabama. However, the Alabama Supreme Court ultimately held that the AEMLD is not the only cause of action that can be pursued. McMahon v. Yamaha Motor Corp., USA, 95 So. 3d 769 (Ala. 2012) (citing Tillman v. R.J. Reynolds Tobacco Co., 871 So. 2d 28, 35 (Ala. 2003), the Alabama Supreme Court reiterated that it has previously explained that an AEMLD claim does not subsume a common-law negligence claim). The Alabama Court in Tillman held:

“It must be remembered, however, that the AEMLD, as established in Casrell and Atkins, supra, is an example of judicial legislation not of legislative enactment. Keck v. Dryvit Sys., Inc., 830 So. 2d 1, 8 (Ala.2002). This Court warned last year in Keck that “[j]udicial decision-making should not be seen as the opportunity to legislate.” 830 So. 2d at 8. Alabama remains a common-law state, and therefore common-law tort actions “so far as [they are] not inconsistent with the Constitution, laws and institutions of this state shall continue in force except as from time to time may be altered or repealed  by the Legislature.” § 1-3-1, Ala. Code 1975. We will not presume to so define the boundaries of the judicially created AEMLD so that it subsumes the common-law tort actions of negligence and wantonness against the retailer defendants.” 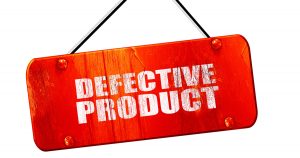 In 2011, the AEMLD was amended to actually codify the closed-container doctrine, also referred to as the “Innocent Seller Doctrine.” The intent of the amendment was to protect retailers, wholesalers and distributors (hereinafter jointly referred to as “retailers”) that merely passed the product along to the consumer. However, it is important to note that subsection 6-5-501 (2)(a)(4) of the amendment states that this subsection is “not intended to protect distributors from independent acts unrelated to the product design or manufacture, such as independent acts of negligence, wantonness, warranty violations, or fraud.” Ala. Code § 6-5-501(2)(a)(4). Subsection 6-5-501(2)(a)(4) essentially reiterates the holdings in McMahon and Tillman by stating: “It is the intent of this subsection to protect distributors who are merely conduits of a product.”

Thus, the key to any assessment of whether a retailer can potentially be liable in Alabama in a defective product case is whether facts can be credibly alleged that the retailer, by and through its employees or agents, engaged in “independent acts” of wantonness and/or negligence as part of the sales transaction. Of course, evidence that those negligent or wanton acts caused or contributed to cause the injuries or death would also be required. In terms of filing the complaint, failing to plead specific facts as to the “independent acts” only increases the chances that a motion to dismiss or notice of removal to federal court will be filed.

What happens if the case is removed to federal court and fraudulent joinder is argued by the defendants? Since the 2011 amendment to the AEMLD, many courts have squarely addressed this issue. These courts have consistently held that if sufficient “independent acts” are factually alleged in the complaint, then the retailer was not fraudulently joined and the case should be remanded to state court. Waits v Kubota Tractor Corp., 2019 U.S. Dist. LEXIS 172654; 2019 WL 4917903. In Waits, the court remanded a case holding that sufficient facts were pleaded to possibly hold the defendant retailer, as well as the employee that handled the transaction, liable for “independent acts.” See also Winston Barnes v GM, LLC, 2014 U.S. Dist. LEXIS 89277; 2014 WL 2999188 (The court remanded a case finding that the retailer defendants could possibly be held liable for “independent acts.”) In Dalraida Prop. v. Elastikote, LLC, 2015 U.S. Dist. LEXIS 92498, the court addressed the exact issue and held that “absent authority on point, it would be rash to conclude as a matter of law that the statute forecloses a product liability action against Simmons when construing the facts in light most favorable to the Plaintiffs.” Id.

Ultimately, the success of any claim against the retailer or its employees will rise or fall on whether “independent acts” of wantonness and/or negligence can be established and whether those acts were a contributing cause to the injuries or death. However, any lawyer representing a victim in a product liability lawsuit should carefully consider whether factual evidence exists before casually filing a lawsuit against a retailer. Otherwise, it is likely that the complaint will be met with a motion to dismiss the retailer and/or a notice of removal to federal court, if the case was filed in Alabama State Court.