When a defendant attempted to characterize a plaintiff expert’s opinion as deficient because the expert failed to perform any tests on the safe alternative design, the court disagreed and allowed the expert opinion. General Motor Corp., 883 So. 2d at 663. The court stated that even though the expert “did not test, build, model, or draw his proffered alternative designs,” his opinions still offered substantial evidence regarding the design and was admissible. Id. at 662. Because the expert relied on test data from the manufacturer and his own experience, he was qualified to opine on the safer alternative design without testing it. Id. at 660, 663.

The court went on to quote the Advisory Committee notes to the Federal Rules of Evidence in support of their ruling.

Nothing in [the amendment reflecting the issuance of Daubert] is intended to suggest that experience alone—or experience in conjunction with other knowledge, skill, training, or education—may not provide a sufficient foundation for expert testimony. To the contrary, the text of Rule 702 expressly contemplates that an expert may be qualified on the basis of experience.

Although the Daubert standard is often relevant in cases involving alternative designs, courts have held that engineering testimony on alternative designs should not be automatically excluded if it does not comply with Daubert. Tassin v. Sears, Roebuck, & Co., 946 F. Supp. 1241, 1247-48 (M.D. La. 1996).

The inquiry is case specific. It may well be that an engineer is able to demonstrate the reliability of an alternative design without conducting scientific tests … If the expert’s opinions are based on facts, a reasonable investigation, and traditional technical/mechanical expertise, and he provides a reasonable link between the information and procedures he uses and the conclusions he reaches, then rigid compliance with Daubert is not necessary. 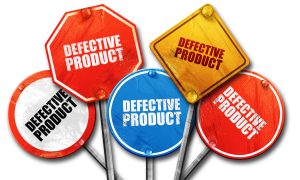 Where an expert is able to utilize his expertise by analyzing matters such as “the principles, the scientific method and … the number of cases [he] has performed testing in the past,” testing of safer alternative design is not necessary. Mazda Motor Corp. v. Hurst, 261 So. 3d. at 175.

II. An Example of Insubstantial Evidence

The defendant in General Motors v. Jernigan, supra, relied on the opinion in Slay v. Keller Industries, Inc. to make his argument. 823 So. 2d. 623, 626 (Ala2001). In Slay, the court held that “[m]ere assertions of belief, without any supporting research, testing, experiments, cannot qualify as proper expert scientific testimony.” Id. However, the General Motors court differentiated between the two cases, making a distinction between what is admissible and what is not.

The expert in Slay not only failed to test the safer alternative design, he performed no tests on the product in question, made no measurements or reconstructions, and reviewed no test data. General Motors Corp., 883 So. 2d at 662. Most importantly, he stated that he was unable to determine that the product was in any way defective in its design, manufacture, or distribution; he simply testified that the product was “possibly under-designed.” Id. (see also Slay, 823 So. 2d at 626.) Therefore, the court held that even though the expert was qualified to testify, his testimony itself was a “bald assertion” that was not substantial evidence. Slay, 823 So. 2d. at 626.

In conclusion, experts do not have to test a safer alternative design for their opinions or testimony to be admissible. While their opinion must be supported by substantial evidence, it is not required to be supported by a test of the safer alternative design. An expert may use his knowledge and experience to evaluate the facts and data of the case in reaching his conclusion.