Prior to any trial, the attorneys will assess the need to file motions in limine to try to keep out damaging or prejudicial testimony and evidence. Typically, the court will hold a hearing on these motions before commencing the trial and will issue rulings on most, if not all, of the motions. When the court rules adversely to a party, the lawyer must ask himself or herself whether the ruling is sufficient to preserve the issue for appeal. The answer to this question is often “no,” but it depends on whether the court expressly and unequivocally indicated that the party does not need to make another objection during the trial itself.

Alabama Rule of Evidence 103 and applicable case law make it clear that in order to preserve an evidentiary issue for “post judgment and appellate review,” a party must object in a timely manner to the admissibility of the evidence during trial. Ala. R. Evid. 103. Rule 103 states, in pertinent part, that:

Error may not be predicted upon a ruling which admits or excludes evidence unless a substantial right of the party is affected, and … a timely objection or motion to strike appears of record, stating the specific ground of objection, if the specific ground was not apparent from the context.

It is well-settled law in Alabama that, if a party fails to timely object to evidence as the opposing party attempts to introduce the same, then the party waives the right to challenge the admission of said evidence at the post judgment and/or appellate stages. Baldwin County Elec. Corp. v. Fairhope, 999 So. 2d 448 (Ala. 2008). Furthermore, “[a] motion in limine seeking to exclude evidence, which is denied  by the court, is, unless the court clearly indicates to the contrary, the legal equivalent of an announcement by the court that it reserves the right to rule on the subject evidence when it is offered and is not a final ruling made in a pre-trial context.” Id.; see also Owens-Corning Fiberglass Corp. v. James, 646 So. 2d 669 (Ala. 1994) (citing Baxter v. Surgical Clinic of Anniston, P.A., 495 So. 2d 652 (Ala. 1986)). In Owens-Corning, the Alabama Supreme Court held as follows:

“An appellant who suffers an adverse ruling on a motion to exclude evidence, made in limine, preserves this adverse ruling for post-judgment and appellate review only if he objects to the introduction of the proffered evidence and assigns specific grounds therefor at the time of the trial, unless he has obtained the express acquiescence of the trial court that subsequent objection to evidence when it is proffered at trial and assignment of grounds therefor are not necessary.” 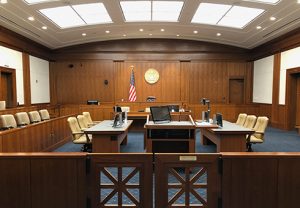 Unless a specific error in a Civil Procedure is adequately documented and preserved at the time of the procedure and is representative of a truly precise error, the odds of securing a new trial based on said error are slim. If an issue is not addressed and preserved at the trial court level, Alabama appellate law indicates that a motion for a new trial should be denied. Beiersdoerfer v. Hilb, Rogal and Hamilton Co., 953 So. 2d 1196 (Ala. 2006). For this reason, an attorney who doesn’t object to a perceived error during trial will not secure a new trial for the client. If the objection to the issue was not preserved during trial, there cannot be a post judgment or appellate review.

This is evidenced in the fact that Rule 59 of the Alabama Rules of Civil Procedure does not contain a specific requirement as to the form or substance of a motion for new trial, Alabama courts have consistently held that:

“[t]he grounds set out in a motion for new trial must sufficiently specify the precise error that is alleged to have occurred,” thus requiring some degree of precision in stating the basis for the motion. Trotter v. Summer, 319 So. 2d 284, 286 (Ala. 1975). ALA. CODE § 12-13-11 sets out the following grounds upon which a new trial may be granted:

Thus as an attorney, it is imperative that you object to the evidence or testimony contemporaneously with the introduction of same and get a clear ruling from the  court as to why the objection is being overruled. The only exception to this requirement is if you get an express acquiescence from the trial court that subsequent objection to evidence when it is proffered at trial and assignment of grounds therefor are not necessary.