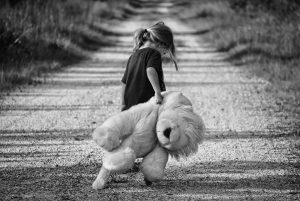 Neither plaintiff’s mother nor his father has filed suit to recover medical expenses or loss of earnings incurred as a result of their son’s injuries. As to their claims, the statute of limitations has of course, run.

At trial, evidence of medical expenses, including an ambulance bill, and lost wages were offered by the plaintiff and admitted into evidence. The jury returned a verdict in favor of the plaintiff, Warren Cobb, and awarded $15,000. In Cabaniss, at the trial court level and on appeal, the defendants contended that: “An unemancipated minor, suing by and through his father as next friend, may not recover medical expenses and lost wages incurred as a result of his injuries because these expenses may only be recovered by the parent in a separate suit,” Id. at 785; citing § 6-5-390. Noting that the issue was one of first impression, the Cabaniss Court unequivocally held that:

Where, as here, the father, acting as next friend of the minor, brings suit for his minor child, he “waives,” in the child’s favor, his right to recover the expenses of medical treatment and the loss of services, and he is thereafter estopped to claim them in a separate suit.

Id. at 786. The Court further stated that the minor child Warren Cobb, could maintain a claim for medical expenses and lost wages. In support of this holding, the Court acknowledged that:

This Rule permits these issues to be decided in one suit rather than two. It permits a judicial determination of all damages from the accident in one proceeding. Moreover, it enables the jury to consider all of circumstances and damages resulting from the accident in the suit by the minor through his father as next friend.

In summary, Alabama law has been well-settled since Cabaniss and Broughton with respect to this issue. Clearly, Alabama law allows medical bills and all other claimed damages for an unemancipated minor to be pursued through a next friend via Rule 17(c) of the Alabama Rules of Civil Procedure. Alternatively, the parent can individually pursue medical expenses and other pecuniary losses incurred by the parent either individually in the same lawsuit or can file a separate lawsuit regarding these pecuniary loses via § 6-5-390. However, what is also clear is that the pecuniary losses (i.e. medical expenses and lost wages) cannot be pursued by the parent AND the minor child so as to preclude any chance of double recovery.

The rule of law set forth and established in Cabaniss is sound and makes sense especially in light of the fact that cases are not always brought by parents on behalf of minor children. Often, parents lose custody of an injured child and a court will appoint a guardian, guardian ad litem or next friend to pursue the claim on behalf of an injured child. It would be fundamentally unjust to preclude a minor child from pursing medical expenses, especially future medical expenses in a catastrophic injury case, simply because they don’t have a parent who actually incurred the medical expenses to bring the claim. See Thomas v. Heard, 2017 Lexis 28; 2017 WL 1101600