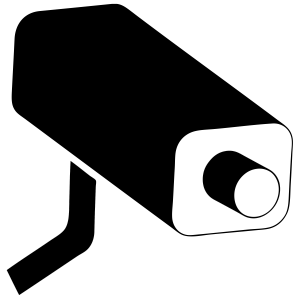 It is a customary practice in any lawsuit to request that the opposing party produce any and all statements and/or recordings of your client(s). However, are these types of recordings and/or statements discoverable? Further, what procedural or technical hoops must the attorney jump through prior to trial in order to use such evidence? In the event that an attorney confronts these issues, the attorney should at the very least review the opinions of Ex parte Doster Construction, 772 So. 2d 447 (Ala. 2000) and Ex parte Weeks, 810 So. 2d 661 (Ala. 2001).

In Doster, the Alabama Supreme Court addressed two issues. First: Is the existence of a surveillance videotape discoverable, and if so, at what point? Pursuant to Rule 26(b)(1) and (3), the Court answered that the mere existence of the videotape is discoverable but stated that the trial court has the discretion under Rule 26(d) to control the timing of the disclosure if it would promote truthfulness by the party/claimant seeking the disclosure in a deposition and/or in responses to other discovery requests. Second: Is the actual surveillance videotape discoverable? The Court held that generally such a videotape is not discoverable pursuant to Rule 26(b)(3), because such a tape would constitute “materials prepared in anticipation of litigation or for trial.” However, such a tape would be discoverable by a showing of “substantial need and an undue hardship in obtaining the substantial equivalent by other means.” The Court said that it would be unlikely that the seeking party could satisfy the “substantial need” requirement  given that it would be difficult to establish that the party was ignorant as to what activities could have been observed. However, the Court noted that, in the event the party possessing the videotape intends to use same at trial, then, the party would be obligated to provide the opposing side a copy of the videotape within a reasonable amount of time prior to trial. This would ensure that determinations as to authenticity occur and that no manipulations of the tape were performed.

In Weeks, the Alabama Supreme Court addressed a similar issue but ruled differently. The issue in Weeks was whether the Plaintiff Weeks was obligated to disclose an audiotape of a recording between Weeks and the Defendant, Case. The attorneys for Case objected to Case being deposed prior to the Plaintiff’s attorney providing a copy of the audiotape. The trial court held that Case was entitled to a copy of the audiotape and further was entitled to same prior to sitting for his deposition. The Supreme Court affirmed the trial court decision despite the fact that the Supreme Court noted that Case did not show “substantial need.” How did the Alabama Supreme Court distinguish the facts in Weeks from Doster? First, the Court noted that Rule 26(b)(3) states that “a party may obtain without the required showing a statement concerning the action or its subject matter previously made by that party.” In other words, the audiotape in Weeks concerned a recording that was the “subject matter” of the lawsuit and/or the basis for the lawsuit whereas in Doster, the videotape footage likely involved activities that occurred well after the claim or lawsuit arose and was likely done in response to the claim/lawsuit. Secondly, the Court seemed to be motivated in favor of disclosure of the audiotape due to the stealth manner by which the Plaintiff Weeks secured the recording.

In conclusion, it is imperative that a party desiring this kind of discovery request same early in the litigation and if the opposing party fails to produce same, then the party should file a motion to compel with the court. Likewise, if you are a party resisting such a disclosure, these opinions will provide guidance on the discoverability and admissibility issues.